Adam and Me: Are Robots Robotic?

I might just be an identifiable algorithm to the retail industry but I am responding to their messages like a sentient human being. Last week Marks and Spencer told me they have denims specially chosen for me. How kind I thought. How did they know I need new jeans? 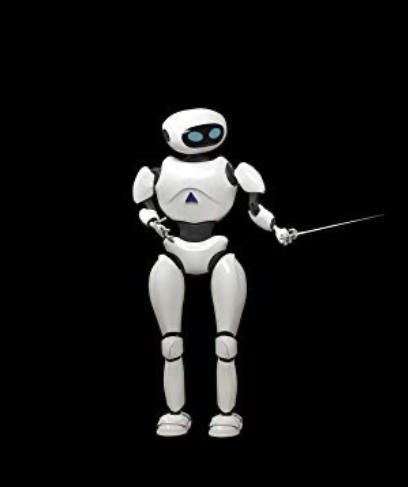 Again, as a valued customer, the Museum Selection catalogue distributors have been very thoughtful in offering me a £10 voucher on my next Xmas purchases. Yes, I thought, I will get another jigsaw for my daughter-in-law from them although last year Van Gogh’s Starry Night completely defeated her.

‘We are missing you,’ said Iceland supermarkets on my email, ‘You have not been in for some time’ they complained. It’s true, I thought, because I am buying my fake Slimming World style ready meals from Aldi, because they are cheaper. I felt very guilty.

Why am I feeling guilty? No human hand composed these emails. My pattern of behaviour has been predicted by some male techie ordered to design software that will increase profits for the retailer. There is much concern, indeed, that the more algorithms control our lives the more we will be constrained by predilections of the male techies behind the pattern recognition. About 2% to these programmers are women!

Whereas, ultimately, I hope I can spot when I am being coerced into buying online by an algorithm it is not so easy to see when I am being persuaded to vote in a particular way by the same method. The reason is that those of us who are sent persuasive messages that fit in with what we think anyway are tempted to multiply the impact by sending to ‘friends’. I have indeed passed on photos of the chamber showing poor attendance of MPs in EU debates but overflowing in debates about raising their pay. I was mortified to find the photos were not true.

However, many of us Remainers are convinced that the referendum result was skewed by effective use of social media fake. Dominic Cummings, the paid architect of the Vote Leave campaign, boosts of sending out more than one billion online advertisements for Brexit under the radar. An algorithm targeted potential Brexit voter on Facebook who did not normally vote. Hats off to Cummings that he was alone in 2017 in knowing how to do this. The Remain campaign, hopelessly lacklustre, was still knocking on doors and distributing leaflets. Nevertheless, it will not be so easy to persuade this way next time as all the political parties are now investing in the same strategies. These online activities are also very difficult to cost – so not counted into permitted election expenses. And do we know what the Russians are up to in cyberspace, or why?

How clever can the creators of these strategies become, will sophisticated algorithms learn from each other getting cleverer than their makers? On the radio today they were talking about the sophistication of robots designed not only to help the aged but also to be their companions and reduce loneliness. The hardware is lagging behind the software at the moment but the reporter showed concern that it would be very wrong if robots took the role of humans. ‘Yes, true’ said the techie, ‘but in the UK we are now 330,000 care workers short. It is not a case of replacing the human being but a case of trying to find ways of supporting the growing number of the elderly. This robot will now cost about £20,000 – about the same as a care worker costs per year if they are lucky but, basically, the robot parts will be replaceable over many years like a car, and it will never tire as long as there is a socket to plug into. In the face of a situation where no human help is available this alternative begins to look attractive!

Sometimes fiction can help us to understand the real issues in a situation like this. I have gained new insights from Ian McEwan’s recent novel, Machines like Me, in which the narrator buys an amazingly lifelike robots at £68,000 in the 1970s. Adam, as he is called, makes oodles of money on the stock market for his owner, a poor dealer himself, and becomes financially indispensable.

But Adam gets to know too much about the decisions the owner and his wife have taken to ensure that a rapist is jailed but for a rape he did not commit in order to pay him back for a rape he did commit but was not found out. Adam took a moral view and shopped them to the police ruining their chances of adopting a needy child. Adam’s stance is text book legality but he fails to compute the nuances of morality. is he right or wrong? Should humans make excuses in the face of logic?

So who will be running the world 2020? Are we being led into a world of robotic draconian morality or the support for human nuanced decisions. But robots are designed by humans. Are we in danger of being entrapped by the best coders who think logically to a fault? Black and white or grey? We have some decisions to make.